When it comes to outfitting your home gym, it is hard to beat the versatility and challenge factor of the air bike.

While the air bike looks unassuming and like an old school stationary bike, the reality is that anyone who has tried it before instantly understands the physical and aerobic pain that comes along with the wind resistance.

When researching your options, it is no surprise that you are comparing the Rogue Echo Bike vs Assault Bike.

Below is a quick comparison of the key features between the Rogue Echo Bike vs Assault Bike and then a more detailed overview of each.

How Do I Rank the Rogue Echo Bike vs Assault Bike? 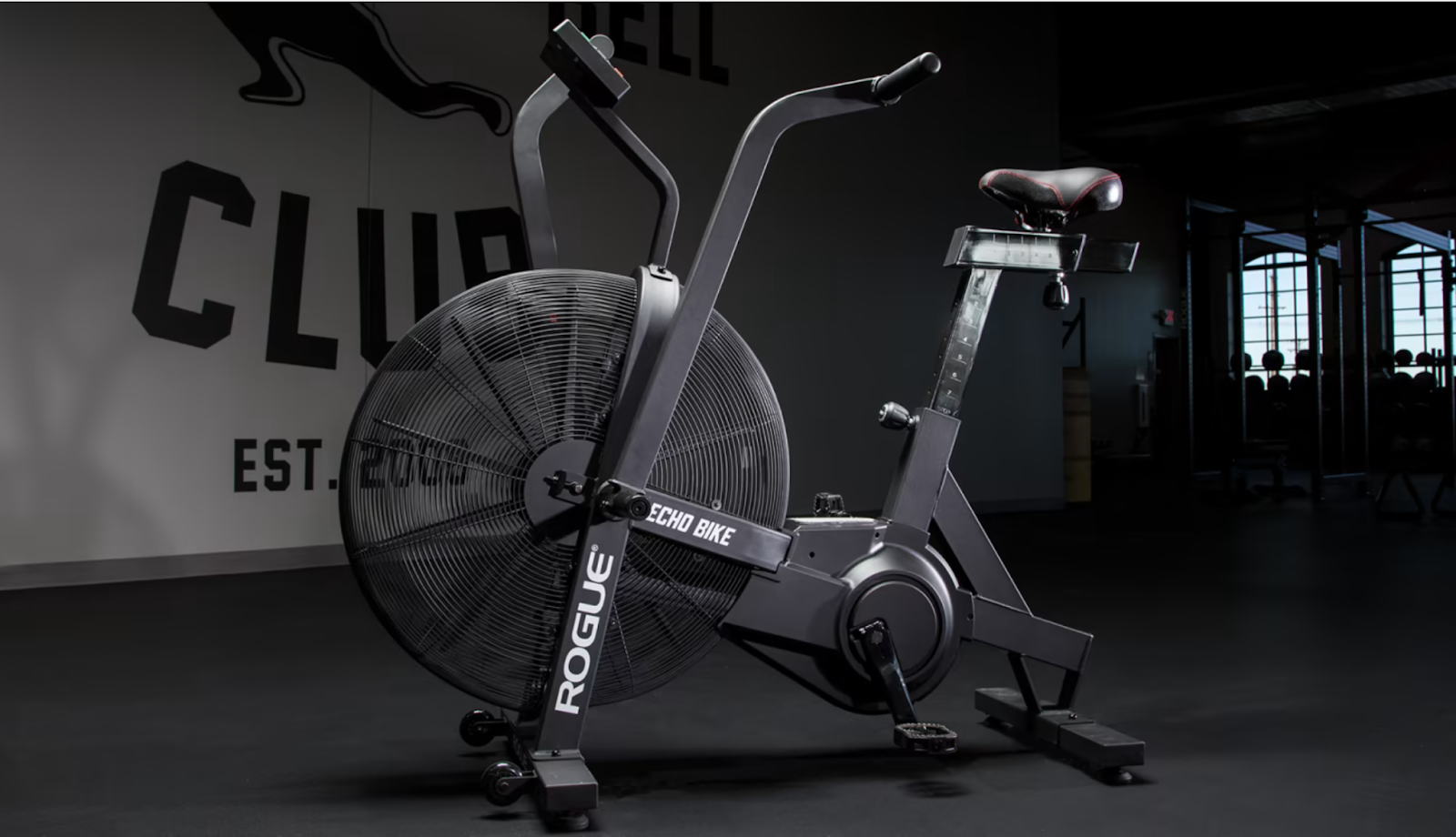 The Rogue Echo Bike is the bigger and better version of the traditional Assault Bike that is seen in functional fitness and Crossfit gyms across the country.

Rogue uses the word “Overbuilt” to describe the Echo Bike which is a fantastic description. The Echo Bike is built like a tank, sturdy, and is built with the quality that Rogue has become famous for.

A key component to understand with the Rogue Echo Bike is that the entire system is belt driven, meaning there is not a standard chain belt that you would see in any other kind of air bike. This results in a quieter ride, but more importantly reduces the amount of potential maintenance that is needed.

I have had my Rogue Echo Bike outside since May of 2020 and have very minimal signs of wear and no performance issues.

The Rogue Echo Bike is a no-nonsense piece equipment that is incredibly well built and sure to become the centerpiece of your home gym.

Coming in at 31 pounds heavier with a larger footprint (9 inches longer, 6 inches wider) than the Assault Bike, the Rogue Echo bike is built like a tank.

The quality of the bike combined with the belt powered drive (versus chain) makes the Echo Bike the winner of the great between between the Echo Bike vs Assault Bike.

Found in functional fitness and Crossfit gyms throughout the country, the Assault Bike Classic is the most recognizable air bike on the market.

The Assault Bike Classic comes in a smaller footprint in comparison to the Rogue Echo Bike (31 pounds lighter, 9 inches shorter, 6 inches skinnier) which makes it the more portable air bike of the two.

The Assault Bike is also cheaper than the Rogue Echo Bike with a price of $749.

The Assault Bike Classic is the most recognizable air bike in the industry and can be found at functional fitness and Crossfit gyms throughout the country.

Coming in lighter and taking up a smaller footprint in comparison to the Echo Bike, the Assault Bike would be a preferred option for someone that values space and portability.

If portability is not the most important feature to you, the chain driven aspect of the Assault Bike places it just a notch below the Echo Bike in our Echo Bike vs Assault Bike comparison.

What is an Air Bike? Why Echo Bike vs Assault Bike?

In late 2020, I made the decision that it was time for me to take my fitness, health, and wellness to the next level.  I spent time revamping my morning/evening routines and tried many different…

Have you seen cold plunges everywhere and are wondering if you should give it a shot? I felt the same way..But wasn’t ready to spend a few thousand bucks on a professional cold plunge. Luckily…

Crossfit is a training methodology that focuses on constantly varied functional exercises at high intensity. One of the key elements of CrossFit are movements that require skill work and focused practice. Double Unders are one…

The foam roller has long been used as a piece of equipment to aid in recovery and reduce muscle soreness. In recent years, the emphasis placed on recovery in the fitness world has resulted in…

In late 2020, I made the decision that it was time for me to take my fitness, health, and wellness to the next level.  I spent time revamping my morning/evening routines and tried many different…

Now more than ever, we all need to realize the power of health and wellness. Much of the way we feel is in our control and our health can be improved by building simple habits. …